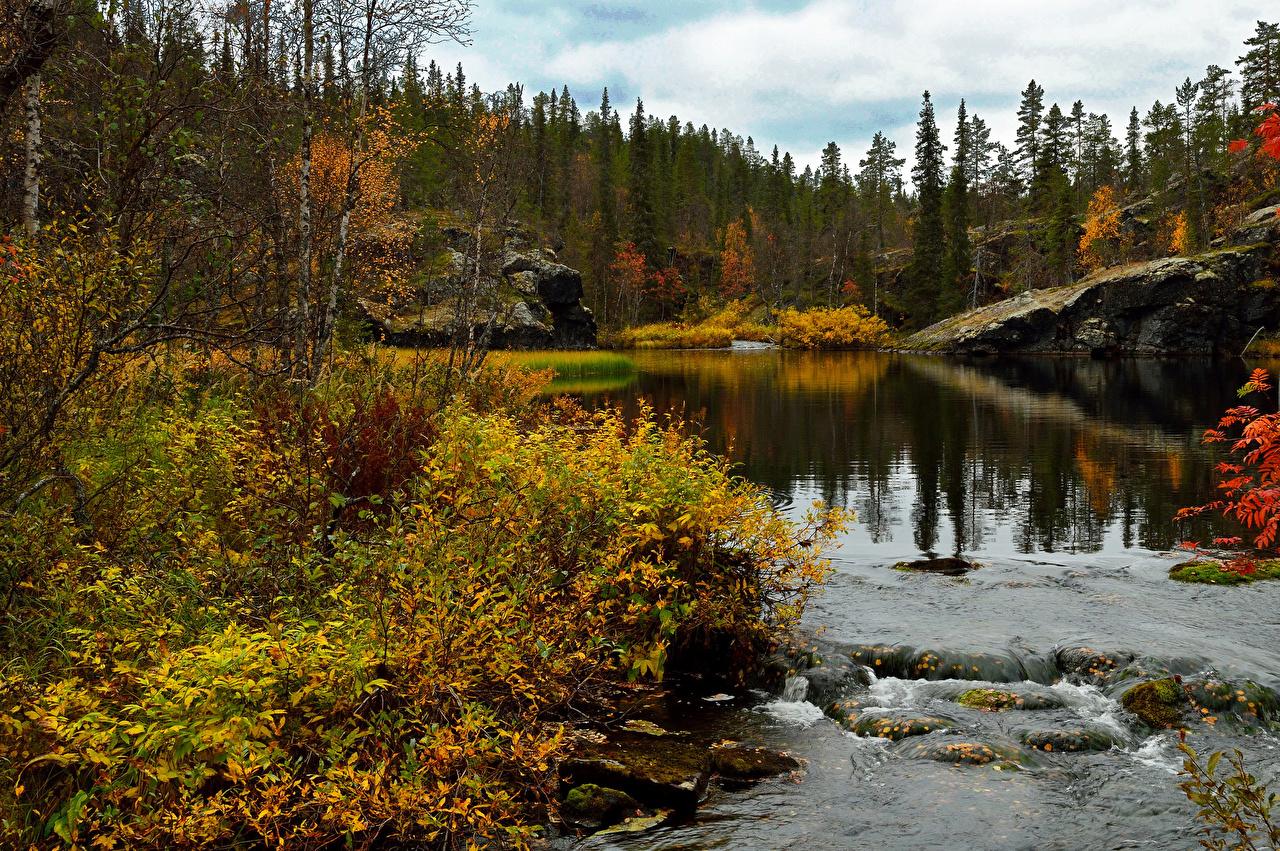 The weather in Finland is quite diverse. Being located in the Eurasian continent’s coastal zone, Finland is both in a maritime and a continental climate.

The weather in Finland is variable and can change very quickly, which is common for weather in Scandinavia. When there are winds from the west, the weather is generally warm and clear in most parts of Finland. Finland is located in the zone where tropical and polar air masses meet, so the Finnish weather tends to change quickly, especially in the winter months.

Finland’s weather is not as cold as many think: The Finnish average mean temperatures are higher than that of other regions in the same latitudes, such as south Greenland). The temperature is raised mainly by warm airflows from the Atlantic, and also by the Baltic Sea.

The summer offers great weather in Finland. In the Finnish South and central Finland, summer weather is mild and warm, just like in other parts of southern Scandinavia, whereas Finland’s winters are long and cold. In northern parts of Finland, you can find snow on the ground for upwards of 90 days each year. The mildest weather in winter is found in southwestern Finland amongst the countless islands in the Baltic Sea.

Finland’s weather makes a big difference in which month you will want to travel to this Scandinavian country. Finnish weather is the warmest in July and the coldest in February. February is also the driest month in Finland, while August weather is the wettest time of year.

Helsinki is much warmer than one might think, thanks to the currents of the Baltic Sea and the North Atlantic Ocean. Average temperatures during January and February are around 23 degrees Fahrenheit (-5 degrees Celsius). Located in the southern part of the country, Helsinki’s snowy season is much shorter than other parts of the country.

The city also experiences a heat island effect, which results in slightly higher temperatures. Like much of the country, Helsinki experiences long summer days and very low sun during the winter. The average summertime temperature is 70 degrees Fahrenheit (21 degrees Celsius).

Tampere is an inland city in southern Finland. Its climate varies between a humid continental climate and a subarctic climate, with mild summers and winters that are below freezing from November through March. The snow season typically runs from late November through early April. The daily mean temperature is 62 degrees Fahrenheit (17 degrees Celsius) in July and just 21 degrees Fahrenheit (-6 degrees Celsius) in January.

Oulu is one of the northernmost large cities in the world. The subarctic climate lends itself to cold, snowy winters and short, warm summer, with an average annual temperature of just 37 degrees Fahrenheit (3 degrees Celsius). The city receives approximately 19 inches of precipitation each year, typically during July and August. Summers are long, but winters are extremely dark with an average of eight hours of sunshine total during the month of December.

Average temperatures in Lake Saimaa vary an incredible amount. Considering humidity, temperatures feel cold for most of the year with a chance of rain or snow throughout most of the year. The area is less temperate than some — in the 15th percentile for pleasant weather — compared to tourist destinations worldwide. Weeks with ideal weather are listed above. If you’re looking for the very warmest time to visit Lake Saimaa, the hottest months are July, August, and then June. See average monthly temperatures below. The warmest time of year is generally late July where highs are regularly around 24.4°C with temperatures rarely dropping below 11.8°C at night.

Finland’s northernmost region has a subarctic climate with frigid winters and mild summers.

Finland’s average temperature begins to rise during the spring, hovering around 50 degrees Fahrenheit (10 degrees Celsius) in most parts of the country. By mid-April, most of Finland is experiencing spring even though there is typically snow on still on the ground in the country’s northern reaches. Lakes usually fully thaw by May in the interior reaches of Finland.

The days also start to get longer during the spring, which makes being outside much more enjoyable.

What to pack: Spring in Finland is finicky, and you’ll still need most of your heavy winter gear, especially if you’re traveling in the northern part of the country. Bring warm layers that you can easily put on and take off in case of variable temperatures.

The summer offers great weather in Finland. In the Finnish South and central Finland, summer weather is mild and warm, just like in other parts of southern Scandinavia. July is generally the warmest month to visit and is also when you’ll experience the longest days. During summer’s “white nights,” it’s possible to experience upwards of 20 hours of daylight. The beach opens in June, but while locals swim, water temperatures are generally very cold.

What to pack: Finland can be cool even in summer. Long-sleeved shirts with long pants are good to carry along year-round. Bring comfy footwear with good traction, especially if you’re doing outdoor activities.

Fall creeps in slowly, starting in September. In the far north, it’s not uncommon to receive snow them. By November, heavy winds and blizzards may occur. October through December are also rainy and cold, with temperatures close to freezing in the north. This is not an ideal time to visit Finland.

What to pack: Temperatures drop significantly in fall and this season can even be snowy in certain parts of the country. Pack a waterproof layer, as well as a heavy coat, gloves, a scarf, and a hat.

Finnish winters are snowy, wet, and cold. Lapland experiences snowy conditions from October through May, while southern Finland is a bit more mild, experiencing four to five months of winter. Despite the weather, winter is one of the most popular times to visit Finland. Travelers flock to the country’s many ski resorts and also take part in wintry activities like snowmobiling, dog-sledding, and ice fishing.

What to pack: Sturdy winter clothing will make your visit to Finland much more enjoyable. In addition to a heavy coat, warm baselayers, and insulated pants, you also won’t want to forget lip balm to counteract the dry air, sunglasses (reflections off snow can be quite bright!), and insulated shoes. Soft rubber-soled shoes are warmer than medium- or hard-soled shoes.
Northern Lights, Polar Nights, and Midnight Sun in Finland

Midnight Sun occurs during the summertime and results in near continuous daylight above the Arctic Circle. On the opposite end of the spectrum, Finland also experiences polar nights, called “kaamos,” when these same regions experience virtually no daylight during the winter months.

Finland, especially Lapland, is a popular destination to see the Northern Lights. This colorful natural light show, also called the Aurora Borealis, is visible nearly 200 nights out of the year in Finland as long as conditions are clear.