To name the clouds with different forms of origin at different heights, the English pharmacist and physicist Luke Howard (1772-1864) laid the foundation for a classification in the 18th century. The clouds, which have been given Latin names, such as cirrus (lock of hair, tuft), cumulus (pile) and stratus (layer, blanket), are divided into families, genera, species and varieties. Thanks to the German poet and physicist Johann Wolfgang von Goethe (1749-1832), who was occupied with sightings and descriptions of the weather, Howard’s cloud division gained great international fame. 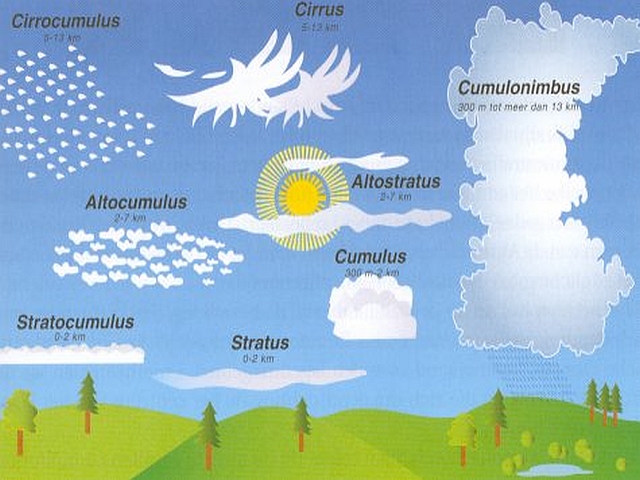 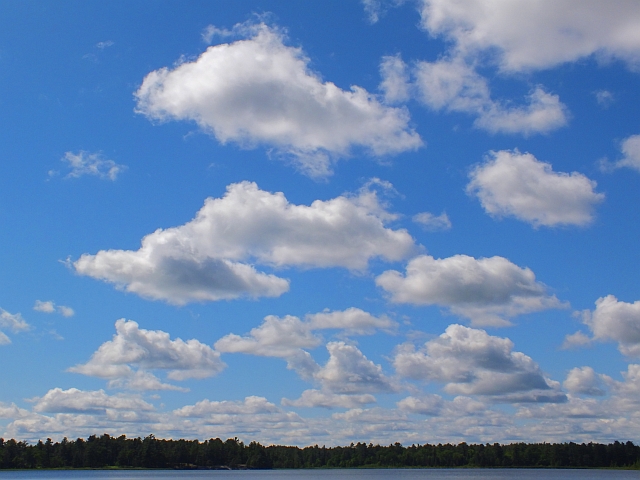 Description & Characteristics. Cumulus clouds are the clouds that we all drew as kids. They’re cotton ball clouds, popcorn clouds, and the clouds in the opening scene of The Simpsons. Though they come in different shapes and sizes, they’re generally the easiest type of cloud to pick out of the ten different cloud types. When the average person is asked to visualize a cloud, cumulus clouds are generally the first to come to mind. 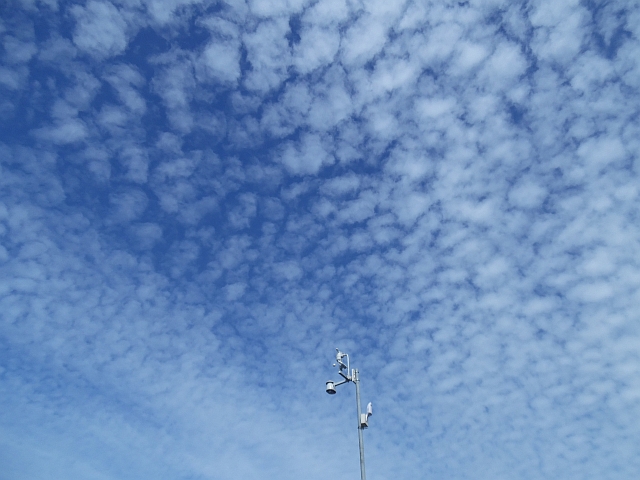 Description & Characteristics. Cirrostratus clouds can best be described as a cloud blanket high up in the troposphere, spread out across the sky. Found at the same altitude as their cirrus and cirrocumulus counterparts, these clouds are more widely known for being the culprit of sun and moon halos, as they’re composed of ice crystals.

Because cirrostratus clouds are generally very thin, the sun will always be visible, which might help you distinguish it from its close relative altostratus cloud. Sometimes they’re so thin, they’re almost difficult to even make out. 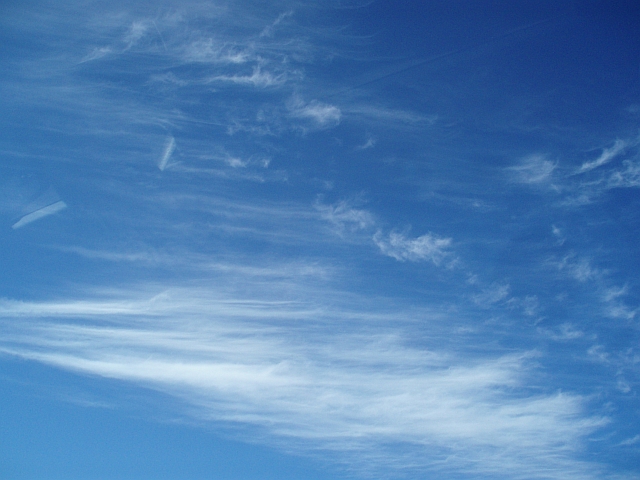 Description & Characteristics. Cirrus clouds have a distinct look relative to the other nine cloud types. Because cirrus clouds are made of ice crystals, they look different than your typical puffy cloud shape, and can take on a number of different forms that resemble spider webs, fish skeletons, mares’ tail, or hair-like commas. If you’re observing a cloud that’s fibrous in nature, there’s a strong chance you’re looking at a cirrus cloud.

But all cirrus clouds don’t have that distinctive, fibrous shape. They can also be found clumped together (cirrus spissatus), be entangled (cirrus intortus), and can look not quite as majestic when you spot them closer to the horizon. Because of their ice crystal composition, cirrus clouds are also capable of various optical phenomena such as sun dogs and cloud iridescence.

Though human-formed, condensation trails from aircraft can become cirrus clouds in the technical sense (cirrus homogenitus), created as a result of jet exhaust in cold temperatures found in the upper parts of the troposphere.

Heavy and dense cloud, with a considerable vertical extent, in the form of a mountain or huge towers. At least part of its upper portion is usually smooth, or fibrous or striated, and nearly always flattened; this part often spreads out in the shape of an anvil or vast plume.

Under the base of this cloud, which is often very dark, there are frequently low ragged clouds either merged with it or not, and precipitation sometimes in the form of virga. 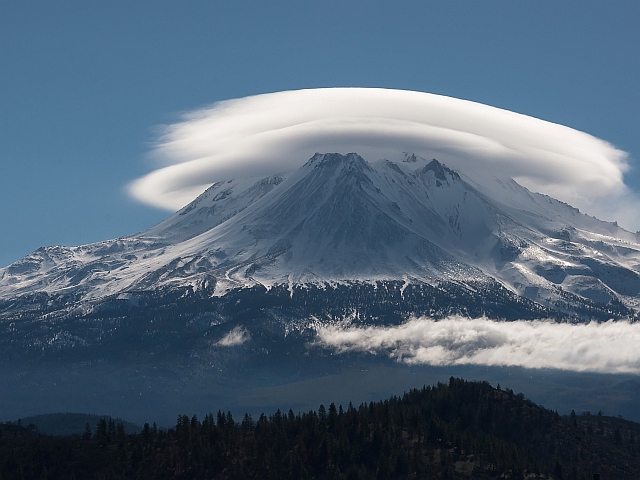 Definition: Smooth cumuliform clouds that take on the shape of a lentil seed or UFO

Description & Characteristics. More widely known by weather hobbyists as lenticular clouds, the ‘lenticuaris’ cloud species can be found amongst three cloud types: cirrocumulus, altocumulus, and stratocumulus. Translated from latin, meaning lentil, the three types of lenticular clouds are respectively abbreviated as ‘Cc len’, ‘Ac len’, and ‘Sc len’. Lenticularis clouds can be easily depicted from other cloud species by their distinct UFO appearance and smooth edges.

How are lenticular clouds formed? Lenticular clouds are created when an obstruction gets in the way (usually mountains) of typical airflow in the atmosphere. Mountains will disrupt the airflow, which creates turbulence and causes air to rise and fall in a wave-like pattern on the leeward side of the mountain. As this air rises and meets a layer of moist air, the air condenses and forms a cloud. Because lenticular clouds are an indication of windy conditions, airline pilots know to avoid areas where they form, as it might mean for a bumpy ride. 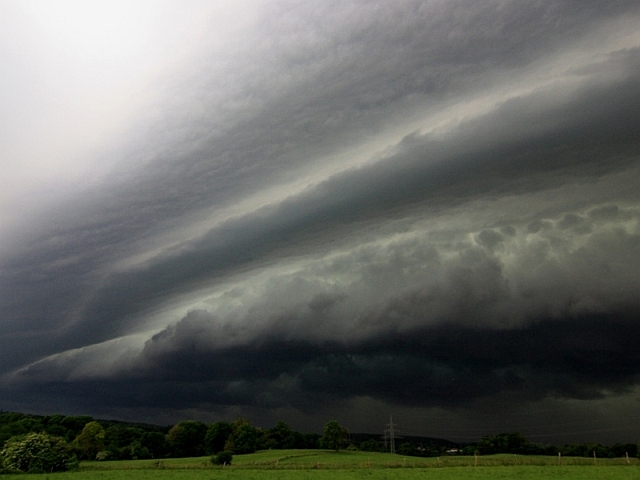 A roller cloud, also called arch cloud, (Cumulonimbus arcus) is a low horizontal cylindrical arcus cloud that can be associated with thunderstorms, or sometimes with a cold front. Rolled clouds can also be a sign for a possible microburst.

Roll clouds are relatively rare. They differ from shelf clouds because roller clouds are completely separate from the base of the thunderstorm or from other clouds. Usually ‘rolling’ roll clouds around a horizontal axis.

The rolling cloud is created when colder air coming with the thunderstorm from a certain height comes into contact with much warmer air at the surface of the earth. The cold air then pushes the warm humid air up, causing the moist air to condense and create a cloud.

These clouds are usually a sign of severe weather. 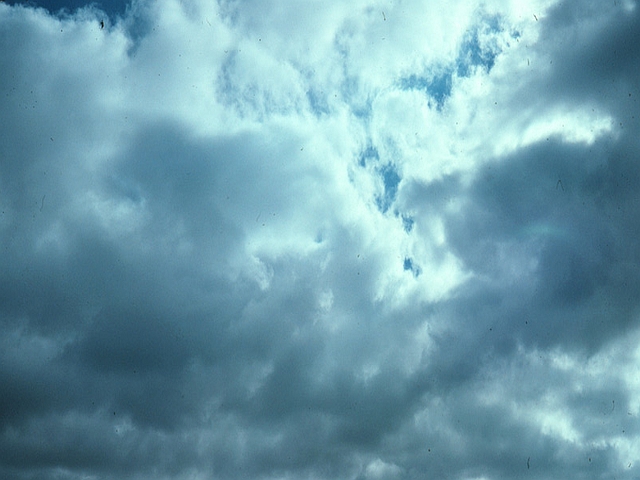 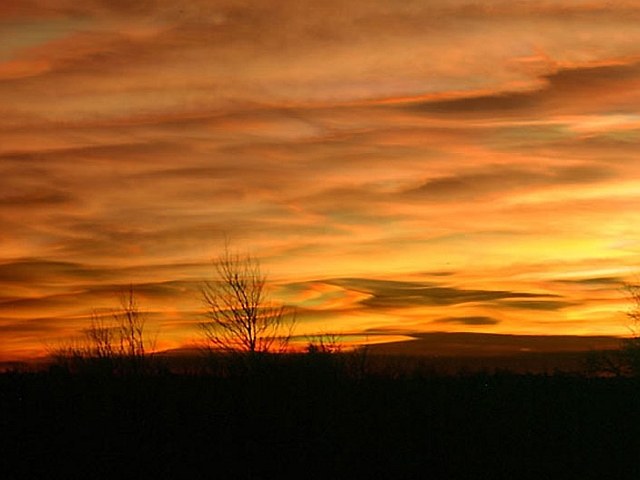 Polar stratospheric clouds show little variation in structure and are limited to a single very high range of altitude of about 15,000–25,000 m (49,200–82,000 ft), so they are not classified into altitude levels, genus types, species, or varieties in the manner of tropospheric clouds.

Polar stratospheric clouds form in the lowest part of the stratosphere during the winter, at the altitude and during the season that produces the coldest temperatures and therefore the best chances of triggering condensation caused by adiabatic cooling. They are typically very thin with an undulating cirriform appearance. Moisture is scarce in the stratosphere, so nacreous and non-nacreous cloud at this altitude range is restricted to polar regions in the winter where the air is coldest.